Congratulation to the PHL of NE's  Geno Binda Jr. on receiving the NCHC 2019-20 Officiaiting Achivement Award

A little late but well deserved!

Geno Binda is presented his Mark Rudolph Award by his wife Mary and their two daughters at their home in Massachusetts (photo: NCHC).

After not being able to be presented his award in person last year, Geno Binda has been named the seventh annual recipient of the NCHC’s Mark Rudolph Officiating Achievement Award for the 2019-2020 season.

Binda, who has been an NCHC referee for six seasons, was presented his award on Monday, May 17. Due to the pandemic, Binda was unable to work for the NCHC during the 2020-21 season.

“Geno has been one of the top referees on our staff, year in and year out,” said NCHC director of officiating Don Adam in a statement. “His leadership, passion, dedication and officiating knowledge are off the charts. For the success that he has experienced, Geno is a very professional and humble individual. Every NCHC game is better when Geno’s on the ice and he is a very worthy recipient.”

“The presentation would have been completed much sooner had it not been for the pandemic and some unforeseen circumstances along the way,” Adam said. “The timing of the presentation in no way detracts from the meaning of the award.”

A mainstay on the NCHC’s officiating staff since 2014-15, Binda worked three NCHC Frozen Faceoff championship tournaments (2017-19), including two championship games. What was sure to be a fourth Frozen Faceoff assignment was nullified by the cancellation of the 2019-20 NCHC tournament due to the COVID-19 pandemic. Binda has also been selected to work multiple NCAA regional tournaments and has represented the NCHC in two NCAA Frozen Four championships — Tampa, Fla. in 2016 and Saint Paul, Minn. in 2018.

“We are honored to present the Mark Rudolph Officiating Award to Geno for his dedication and service to the NCHC,” said NCHC commissioner Josh Fenton. “Living in New England and traveling long distances most weekends to our member school locations showed Geno’s tremendous commitment to our conference.”

The award, officially established prior to the 2014-15 season, is named in honor of Mark Rudolph, a longtime official and distinguished administrator who resides in Colorado Springs and established USA Hockey’s National Officiating Program, among many other accomplishments. 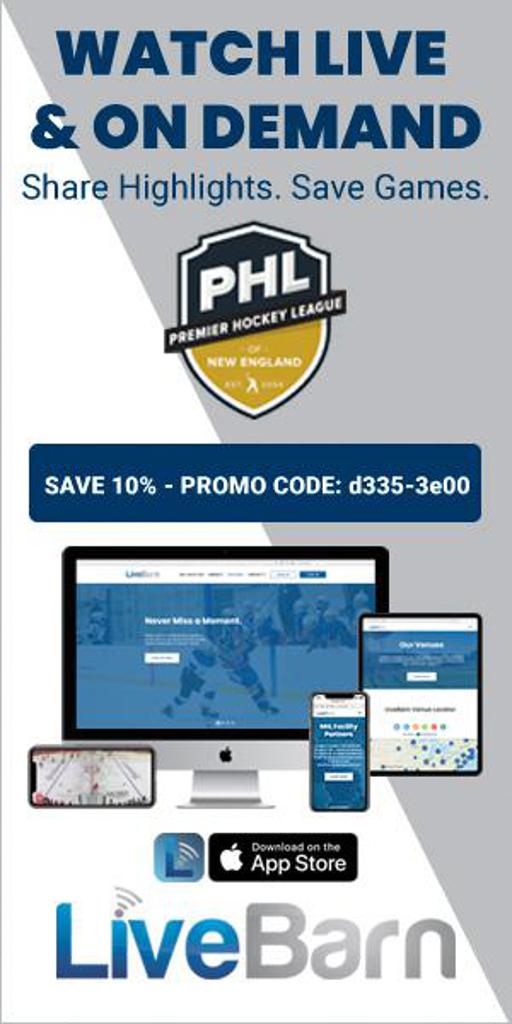 "The Premier" mission is to showcase and develop hockey players in an effort to help them realize their potential as athletes along with being valued members of their community. The League will help promote respect, courtesy and good sportsmanship among all teams participating inclusive of players, coaches, parents and fans.